Since living in Fresno, it has been really hot, something that I am definitely not used to coming from the Bay.  I have also been trying to be healthier…”trying.”  I have been making a lot salads recently, but man salads suck.  So this one involves asparagus and corn, which let’s be honest, is so much better than lettuce.  I got the recipe from food network and Paula Deen.  Don’t worry though, there’s no butter in it.  It turned out pretty good, but you definitely don’t need all the dressing that this recipe makes. 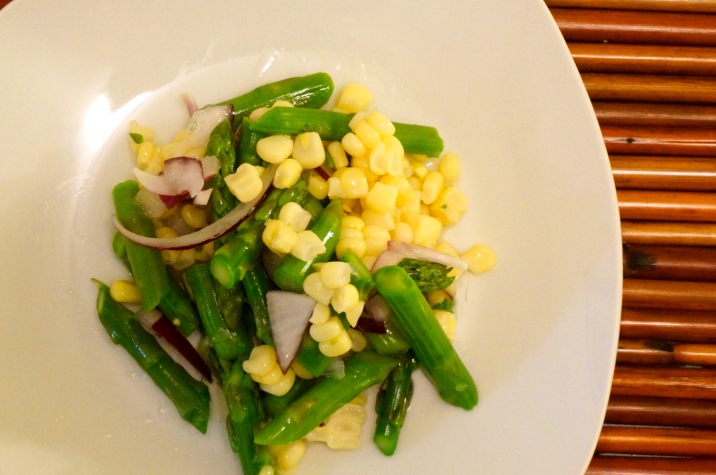 We had the slow cooker out from making the hummus and decided to use it again to make chili. What goes well with chili? Cornbread of course! Corn bread made in a cast iron skillet to be exact. So we put everything in the crock pot before going to work and came home to an apartment filled with the smell of chili, and in no way was that disappointing. Then we whipped up the cornbread and ate a terribly unhealthy, but terribly delicious meal. Got the recipe for the cornbread from here. 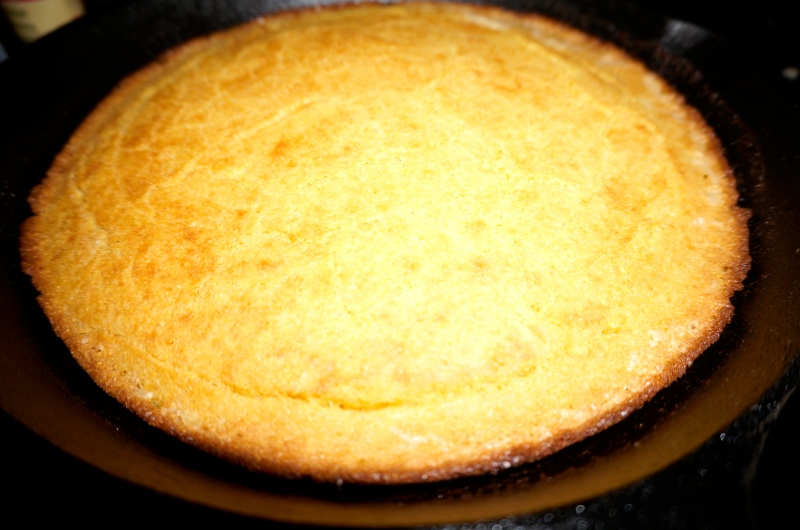 This meal was pretty damn good. It was hearty and nostalgic, but on the downside it lacked any form of real vegetables whatsoever. The chili was pretty oily in the cooker, so before we mixed and served it, I spooned out most of the oil that had risen to the top. I also added a little bit of cornstarch to the chili to thicken it up. The cornbread turned out perfectly, but next time we might add some cheddar cheese to the mix, and maybe some jalapeños too.