Got mentioned on my comments by foodblog W in Wonderland about the Nom Nom Nom Tag. This tag was set up by feelgood-blog Team Confetti. These are food related questions so I figured I’d be up to the challenge, so here we go!

What do you like what everybody else despises (and the other way around) when it comes to food?

Hmmm, I actually think this is probably the hardest question because I don’t think there is really anything that I eat that other people are like wtf? seriously? I guess the closest thing would be chicken feet at dim sum restaurants.

On the other hand, I cannot stand mushrooms, but it seems like other people really love them.  It’s funny because I used to like them, but then around 7 years old, I couldn’t stand them.  Now it is a texture thing and if I feel them in my mouth I gag.  Can’t do it.

What do you often cook?

Meat. I often cook some type of meat, mostly steaks and chicken thighs.  Baking chicken thighs is super easy and I can just marinate them, pop them in the oven, and go do something else (generally not productive).  I have also been making a lot of salads recently though, which is more salad than I have ever eaten in my life.

If you were able to invent a sandwich, what would it be called and what would be on it?

Not sure what I’d call it, but it would definitely have pastrami it. I am a huge sucker for pastrami. It would be on rye bread and have melted gruyere cheese, pickles, and a garlic aioli.  Nothing fancy, but just stuffed full of pastrami and flavor. Pastramamama!

This may seem unfair and unfeasible to most, but have someone else wash your dishes. At my apartment, we have a deal where I cook, and either Jenn or my sister cleans the dishes. This works out for everyone since each person gets to do what they prefer, and let me tell you….it’s wonderful.

Smoked BBQ, Creme Brûlée, drinks, and I’m sure there are a lot of others, but I just can’t think of them right now

What would you rather do: cooking your own meals, ordering food or having dinner?

Like W in Wonderland, if money was no object, I’d eat out for dinner every night. I love to dine out for the whole ambiance plus the good food.  But, alas I am poor, so I will cook my own meals, which is something I also really like doing anyways.

Nope, not to anything that I know of at least.

I don’t really have a food obsession right now.  I guess my obsession is always barbeque, always looking for good bbq.  But cooking wise, it’s anything I havn’t tried before I guess. 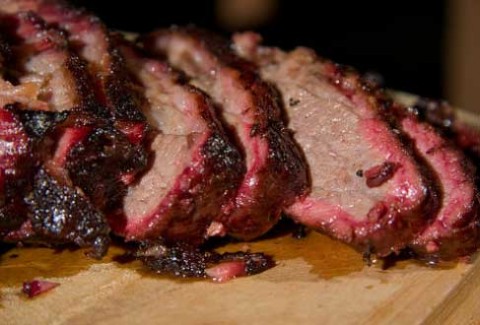 Hopefully you guys learned something new about me. Now here are my tags:

1. Andrea from Cooking with a Wallflower – Jenn and I have been following Andrea’s blog since we first started blogging. She’s also based in the San Francisco Bay Area and has really great, simple recipes. She also has some cool DIY projects that Jenn wishes she can do.

2. Alice from alifemoment – We’ve also been following Alice’s blog recently. She has quite a range of delicious recipes and has awesome presentation. She is also as pizza obsessed as Jenn is.

3. All of you guys! Please comment below and tell us what are some of your favorite dishes, obsessions, and about your food personality.

So like I said yesterday, I would also post the halibut I made for Jenn for our anniversary. It was a halibut filet on a bed of wilted spinach and tomatoes.  It was topped with lemon butter and surrounded with fried shallots.  I got the recipe from here.

Ingredients and instructions for Lemon Butter: 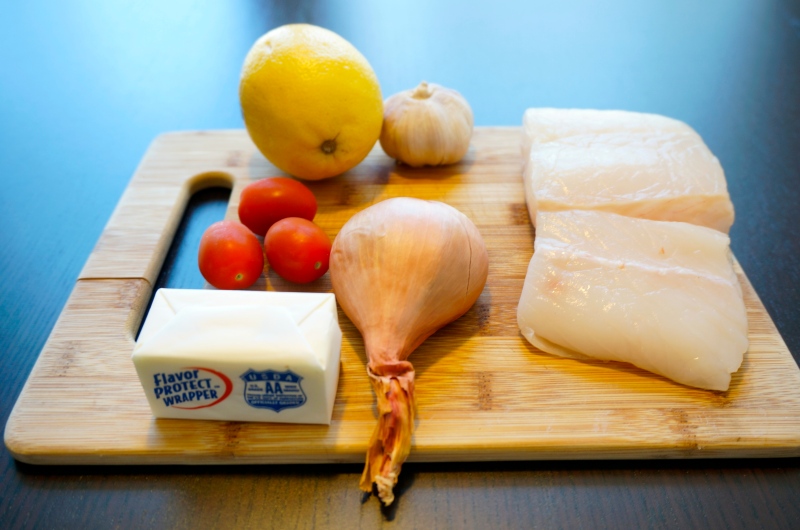 This is a SMALL serving. SMALL! *Pardon my flaking nailpolish

It is RIDIC hot in San Francisco. Like 85 degrees. No joke. All the ladies came into work today with sleeveless sundresses on. After our weekly team lunch, I was suffering from a massive mexican food induced coma. Definitely didn’t help that I was resting on a nice leather couch by the window. I decided to venture outside since it was so freaking nice (and super rare!) to go and grab some froyo to wake me up. I came across Caffe Ambrosia while I was yelping for some frozen treats when I gave up ice cream for Lent. And man, this place is GOOD. It’s a pretty hole in the wall cafe and hard to spot since it’s literally in an alley. My go to flavor is the French Custard and I’ll usually add some toasted almonds and crushed up Oreos. Super simple treat and they give very, generous portions. The texture is super smooth and the taste is more like soft serve ice cream than you’re typical tartiness of other frozen yogurts. Tummy is happy.