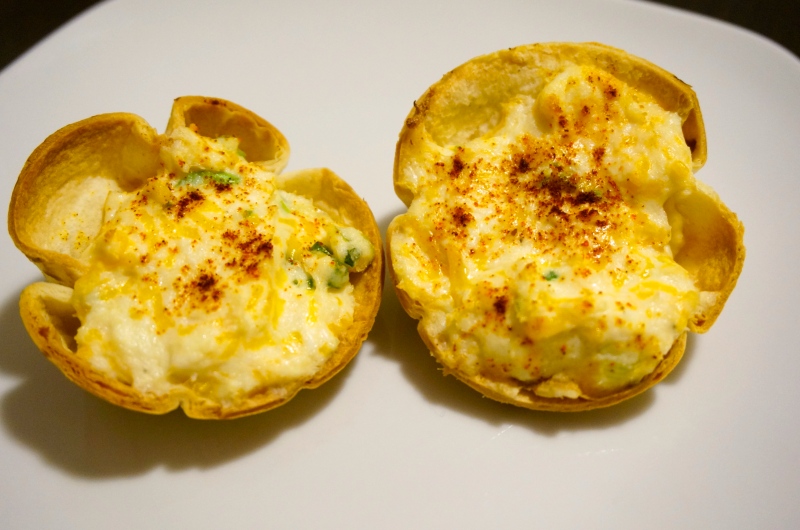 I know that I said that I would get back to doing this now that my life has settled down again, but for some reason, I just haven’t. Well, I am going to say it again and hope it sticks this time.  I recently made a crab appetizer that I have done a few times now with the help of Jenn.  It was really her idea about a year ago to make these for a dinner party, but we ate them without taking pictures, so there’s no record of that.  Coincidentally, I also made them for a dinner party this go around and took pics for good measure.  Now, they aren’t the greatest pictures (and there is no plating) as I was running late to the party (fashionably late of course). We originally got the recipe from here.  And each time, I tweaked it a little to fit my needs better.  They are definitely easy to make and so far, both dinner parties enjoyed them a lot.  My colleague actually just asked me for the recipe.