So I was trolling Yahoo! Food and came across this recipe for a slow roasted tomato sauce. With nothing better to make, I decided to try it. I realized half way through that I had no meat to pair with it, and was super close to running to the market to pick up something, but ended up doing something more unbelievable…leaving it a vegetarian meal. Both proud and disappointed at the same time, this meal was decent, but not what I expected. I followed the recipe exactly, but it ended up being a little too sweet for my taste (maybe less balsamic next time), or adding meat (the salt from meat would probably even it out). 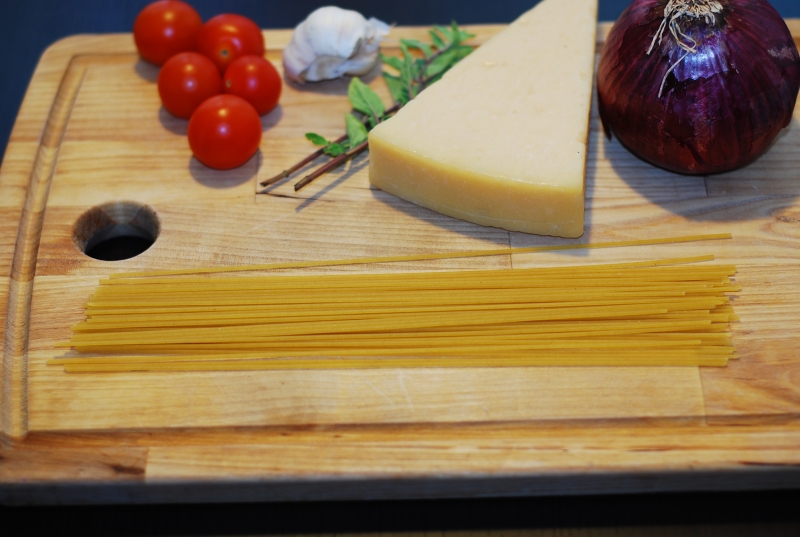 So after they were baked/roasted, I honestly did not know what to do with them. I tried to break the tomatoes and mix them to make a sauce, but while the tomatoes broke, the skins didn’t really reduce. So I ended up putting a few of the tomatoes in the food processor and pulsing it a bit to make a sauce that I could mix with my spaghetti. Overall, it was like I said earlier – not what I expected, but I would definitely try it again with a few adjustments.