The other day I got some spicy turkey Italian sausages from the market.  This is the first time I have ever bought turkey sausage, so I had no idea how it would taste (generally I am a pork all the way kind of guy).  You can definitely taste the difference, but its still pretty good and healthier, so I suppose that’s a plus.  In the past, I have either grilled them up and put them in a bun and called it a day, or made a standard spaghetti and threw them on top.  This time though, I thought I would try to incorporate the sausage a little more, so I made a penne pasta with a light marinara sauce and sausage.  I did not work off any kind of recipe, so feel free to make your own stuff up too. 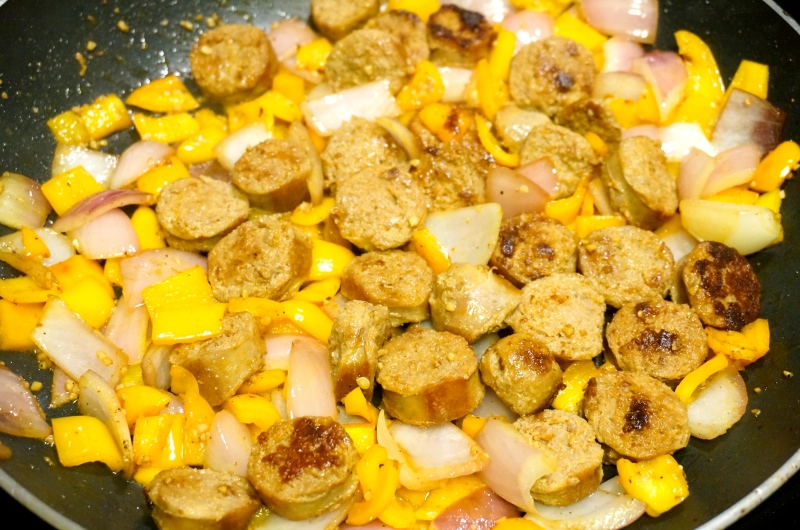